"This is a national trauma for us. The government has handed all the power to the International Monetary Fund but the people look on and ask only 'what can we do?'" 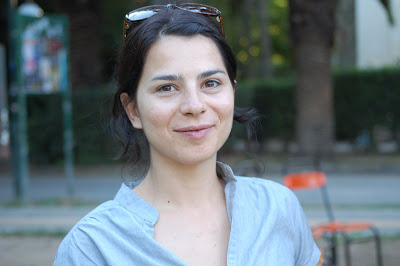 Yiota Tzani, 34, (pictured right) is unemployed. She had resigned from her job to take up a position at the Ministry of Economics in the national government alongside 1,000 other workers under a new contract.

However, before she had even arrived at her desk on in March her contract was unlawfully canceled as a direct result of the International Monetary Fund (IMF) austerity plans. Yiota is among the thousands already made unemployed because of the Greek debt crisis.

She said: "Some people cannot face the reality. They do not want to see what is going on. They are very closed in, they are concentrating on their own problems and do not want to hear anything else."

Greece has borrowed ‚Ç¨45bn ( £38bn) from the European Union and IMF as the Pasok (Panhellenic Socialist Movement) led government tried to avoid bankruptcy. In return the government is being forced to slash public spending.

Activists and trade unionists are poised waiting to see whether the second general strike called for the June 29 in response to the cuts in pensions, social security and health care will be as large and radical as the demonstrations in May.

Yiota was among the 200,000 people who took to the streets on May 5 for the first general strike called by the General Confederation of Labour - the Greek Trades Union Congress - and marched on parliament calling for all 300 ministers to resign.

During clashes with police a bank was firebombed and three staff were killed. The tragic deaths were quickly blamed on the strikers as a whole by ministers and resulted in a significant setback for the movement.

Political organisations from the radical left are working with anarchists and regional activists to build local associations, new websites and coalitions in preparation for a new wave of anger once the IMF austerity measures really start to hit the general population.

Yiota is a member of Dikaioma - Rights - which is a collective of radical lawyers, accountants and activists who support workers in forming active, member-led trade unions and negotiating better working conditions.

She added: "When we were demonstrating people had tears in there eyes and huge smiles. We felt emmnsely powerful and you could see solidarity in action.

"The confederation was forced to call the general strike because they must be seen to do something but the demonstration itself was spontaneous. It was not led by any one group. Many of the people did not belong to any political party.

"The demonstration was so big it stretched from the start point to the end point, we could not move. So we decided to march on parliament and many people wanted to get inside. They started to shout 'all leave' calling for the ministers to resign.

"We managed to circle the police and they ran away like rats. But as soon as the news spread about the three workers it became like a funeral procession."

She continued: "They say that at the end of the year unemployment will reach two million - the government has used the IMF as a sign so they can say fuck everybody. The government feels more powerful and the economic crisis and the IMF is like a sweet to them." 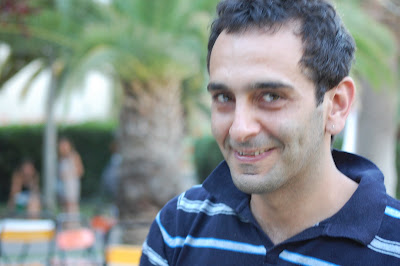 Akis Lousis (left) has also been centrally involved in the resistance in Greece. In December 2008 he joined the occupation of the General Confederation of Labour following the fatal shooting of the 15-year-old Greek student Alexandros Grigoropoulos.

"The shooting led to revolt, to insurrection. Teenagers were with their parents attacking police stations. The young people were saying 'fuck the police'. The cops are pigs, murderers. These demonstrations had the support of the major part of society.

"We occupied the building for one week and the key demands were for the release of people arrested in the revolt. There was a very good perspective that must make wider demands for society.

There were all the reasons why this could be successful but because of political immaturity the occupation was fractured. We did not address the central political problems that concern the whole of society. The movement had the strength to make the government resign but we did not fight for that."

Spyros Kolokithos has also lost his job because of the economic crisis after the consultancy and training company where he worked ran into serious financial difficulties.

He is now a key activist in the Patissa regional assembly alongside economics masters student Alexandros Kleitsas. The local group was established as part of a successful campaign to prevent the mayor building a multi storey building on a park.

Residents are now using the assembly to prepare the resistance to the IMF austerity measures - and have joined a network of 30 or more similar committees which have sprung up across Athens since the general strike.

Spyros said: "We want to handle the pressure which will come on people in our neighbourhood. Everyone has their political view but everybody feels the same pressure and now finally we are working together.

"We started holding demonstrations and have been protesting against the supermarket. We will be screening the Argentina verses Greece game - this is the IMF derby and although we are playing each other we are all on the same side."

"We cooperate with other associations through our website, and we link and publicise each other's events. We have a tradition of left revolution and 50 percent of people are progressive left. We want to share information and have discussion - we have ears to hear." 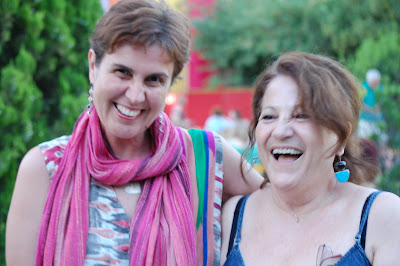 Retired journalist Anastasia Stamatopoulos, 59 and fellow blogger Alice Vegivi (pictured right) set up the You Pay Your Crisis website and in the first three months have had 140,000 unique visitors.

Anastasia, a divorced mother of two who has worked for national state radio and the Communist Organisation of Greece (KOE) newspaper, said: "We started the blog when the IMF came to Greece.

"We wanted to encourage unity and to inform the people so they would build resistance. People send us articles and invite us to speak at meetings. We called a protest at Constitution Square and people turned up with You Pay Your Crisis placards.

"Sometimes we have 100 comments overnight. Some people want to make scandal but this really has become a place to debate politics and we can facilitate and frame that debate.

"If you do not have a relation with real life, you are something awful. You are like a UFO. If you have a relation to the movements, to people in their workplaces and your friends then there is no danger of becoming a UFO."

She added: "We live just three streets apart but we only met through our blogs. A lot of young women in Greece are now writing political blogs - it has given them a voice. At the same time people over 50 are more involved - there is one blog by a woman called 'I am 58 - so what!'"

Paris Tsouroukidis, 22, an economics student at the Athens University of Economics and Business has joined KOE and was cooking kebabs at their Resistance Festival in Athens last weekend. 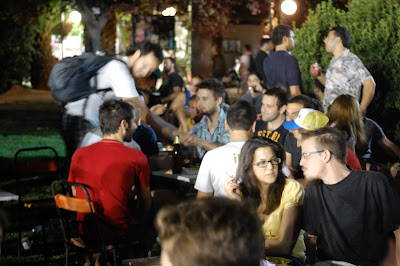 He said: "The government is saying this crisis about debt in Greece is because they have done a lot of things for people and spent a lot of money that they couldn't afford. But this is not true. The Greek people work hard. The debt is from the side of capitalists and not from the working class.

"The IMF has not given the government enough money to pay the debt - this is simple mathamatics. The government wants to take the money from workers - by raising taxes on food and so on.

"We need a movement that says three things: one, IMF go home; two, Pasok go home; three, we have to change political and social organisation."