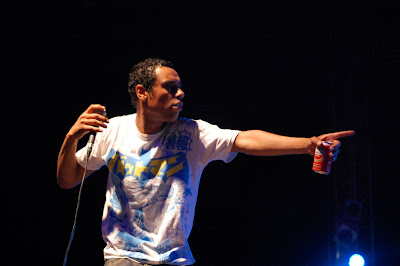 The ska and dub band took to the stage last night shouting "fuck the police" and left chanting "revolution" as headline act at the Communist Organisation of Greece organised (KOE) Resistance Festival.

Barry Ashworth, founder and leading vocalist, said during an in interview with Counterfire the band were returning to their political roots - and fully supported Greek workers facing massive job losses and cuts to public services and pensions.

The band's first single was called "There's Gonna Be a Riot" and their lyrics have always been politically highly charged. After September 11 they were banned from radio stations and had gigs cancelled.

Their latest album Rum and Coke is imbued with the heady atmosphere of heavy drinking and drug taking in the Caribbean - making it the most hedonistic record they've made.

However, Barry says they have 16 songs in the making and they are informed by politics - especially Naomi Klein's Shock Doctrine.

Despair and anger
Barry said: " Obviously I am a band member and not a politician but obviously it is quite frightening, that a country as developed as Greece is on the financial precipice and could tip over the rest of Europe. There are so many countries on the financial edge.

"I find it gobsmaking in the modern age that a developed country can be on the edge of ruin. We have every sympathy with the people in Greece who suddenly find themselves in a position where they are going to lose their jobs, their homes.

"Greece is facing the same attacks we had in Britain. Margaret Thatcher shut down entire industries, attacked the miners and destroyed whole communities - in the name of the free market.

"It was cheaper to buy everything from India and China because labour is so cheap and the workers live under such bad conditions. The poor of the world are getting poorer while the rich are getting richer from finding new ways of exploiting labour and taking away people's rights." 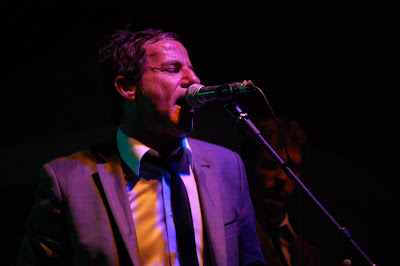 He added: "The ska and punk which has always influenced Dub Pistols came from the anger and despair of living through Thatcherism. We also had Jamaican people arriving in Britain, and we were fighting against racism - it was a very exciting time because the music was a kick against the system."

He added: "I think political bands will be increasingly popular. People are going to need somewhere to have an output for their feelings and it's only through music that many people will have a voice." 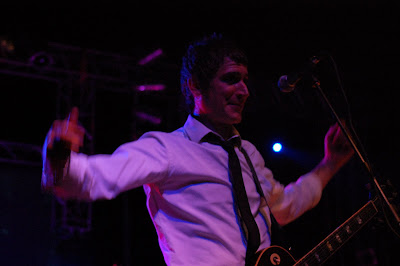 The Dub Pistols were playing to 20,000 strong audiences and were about to release their album "Six Million Ways to Live" when September 11 transformed the political landscape.

Their album was banned for years - and with lyrics about the tallest buildings and the markets burning - the group suffered cancelled gigs, censored videos and exclusion from radio playlists. "It killed our career for three years," Barry said. 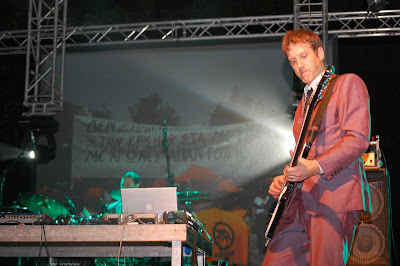 The singer was in New York days before the World Trade Centre was attacked and watched the buildings collapsing on television from a hotel in Los Angeles.

"After that being in America was sickening. We were listening to the politicians saying they would turn Afghanistan into a car park and that Bin Laden was a dead man. So many people did not have the brains to work out what was really going on." 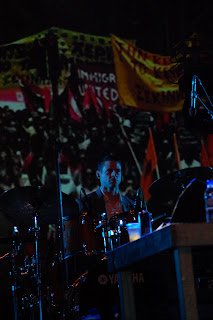 He said of the political landscape today in Britain: "I come from a working class background and I grew up under Thatcher. David Cameron is a return to that era with spending cuts and more privatisation - we've all seen the electricity and gas companies making huge profits while our bills get more and more expensive.

"Now they are imposing a kind of shock doctrine, where the economic crisis has seen billions handed over the bankers and working people are going to be paying back the debt for a generation.

"We give the bankers billions and now they are coming back for more. The system is out of order and this will lead to despair and anger."

All together now: The strikes can win - Counterfire freesheet December 2022