The only wind turbine blade manufacturer in the United Kingdom is closing its factories - despite the dire need for renewable energy.

Vestas will lay off more than 600 staff in Newport, Isle of Wight and in Portsmouth to move its operations overseas where it can pay lower wages.

The move comes despite the fact the company made record profits last year - and Gordon Brown's recent pledge of £100bn towards renewable energy. 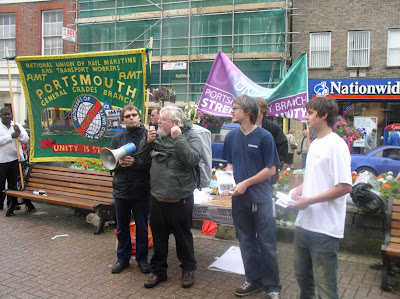 One campaigner said: "Some on the Isle of Wight are wondering why the government has not stepped in to buy blades from Vestas to save the factory and the 600 workers that it employs."

Jonathon Neale from the Campaign Against Climate Change said “These jobs matter for the workers, but they matter more for the planet.

"We can halt climate change, but that will take masses of investment in wind and renewable energy.

"Time is short. A government that wont save this plant isn’t serious about our planet. Gordon Brown must act now.”

Dr Caroline Lucas, Green Party Leader and Euro-MP for the Isle of Wight and the South East added: "We should be seizing the opportunity to create a renewable energy revolution.

"The government can make a genuine start along this road by pledging to keep the Isle of Wight’s Vestas plant open for business."

One Vestas employee, who did not want to be named, said: "As a wind turbine manufacturer I was confident as the recession took hold that green or renewable energy would be the area where many jobs could be created not lost.

"So I was along with many others horrified to find out that our jobs were moving to America.

"More than 600 jobs from the Isle of Wight and Southampton were going to be added to the already poor state of island unemployment.

"This has and will continue to send shockwaves of uncertainty through countless families on the island - many of which are being forced to relocate.

"I find this hard to stomach as the government are getting away with claiming they are investing heavily in these types of industry."

More about the campaign HERE.