While in a London pub this week I bumped into a filmmaker named Paul Hanes - who was behind "The Truth Behind Weapons of Mass Destruction."

One of the most useful meetings I went to at the weekend - at the Marxism festival in London - was about war, the economic crisis and imperialism.

Everyone on the left...indeed anyone who wants to know whats happening in the world should check out the brilliant Gapminder website.

Its fantastic interactive displays let you see the wealth, health welfare gaps in society...and the gaps between the different nations of the world over time.

The must see display at the moment is this five minute lecture on the gap between China and the US.

You need never have an embarrassing gap in your vital statistics again!

Steven Lally's new play captures the speed and the tension of the news room and explodes the weakness of 24 hour news and the growing reliance on agency reports.

The drama unfolds in an Evening Standard style newspaper as the news breaks of the shooting on Jean Charles de Menezes. 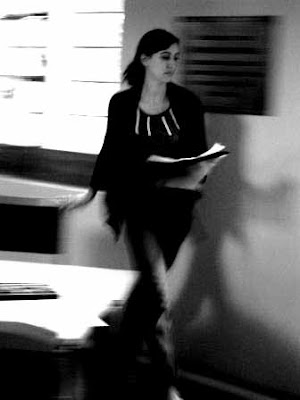 The small staff has to keep astride the fast developing story while also dodging orders from the proprietor and the editor, Squiffy.

Tensions are increased as the days' events are intricately interwoven with flashbacks from star reporter Charlotte's return from Palestine.

James (played by Benjamin Peters), the news editor, is exhausted and high on caffeine is furious with the constant interjections and doubts from his once reliable writer.

Off stage, the proprietor plays a corroding role on the integrity of the newspaper while well funded lobby groups seeks to directly interfere with editorial policy.

Oh Well Never Mind Bye is a searing indictment of the current state of British journalism, examining the trade when it is stretched to its limit and finding it unable to deal with complexity, controversy or the basic reporting of facts.

The realism of the play is brilliantly brought out by a confident cast, each of whom have doppelgangers in the newsrooms of the Telegraph, Mail and Mirror.

Steven's research into the reporting of Jean Charles's death is exhaustive and he appears to have sources with intimate knowledge of the media business.

The only fault line is, how would Charlotte (played by Susanna Fiore) survive in a news room so long despite apparently championing Palestinian protesters and trying to undermine the official police line on the Stockwell shooting?

Is her father in the Cabinet or her mother a celebrity author? We think we should be told.

Beyond that, the events, emphasis, characters and overarching analysis of the play are too painfully based on the truth. 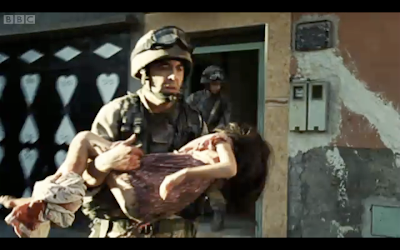 Maimed Iraqi children, have-a-go mercenaries and soldiers' families being torn apart. The latest BBC series, Occupation, promises to show the reality of the presence of UK and US troops.

This is the UK version of David Russell's Three Kings with James Nesbitt taking a more serious line than George Clooney. It also echos Paul Haggis's In the Valley of Elah but with the feeling of a BBC adaptation.

Nesbitt marched against the war in Iraq and remains opposed to the US and remains an opponent of the war. His acting alone makes the first episode required viewing.

Despite the tube strike hundreds packed into the Vibe Bar on Brick Lane to hear Lowkey and others launch Stop the War's Beats Beat Bullets music initiative.