Despite the big show, the U.S. occupation continues. It is very doubtful that‚Äîdecades from now‚ÄîIraqis will tell their grandchildren about where they were on “National Sovereignty Day.” 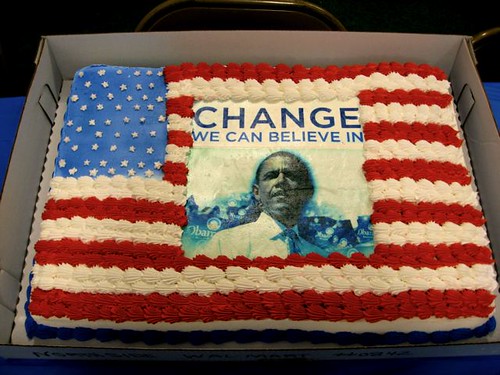 The puppet government in Iraq has named June 30 as “National Sovereignty Day,” and‚Äîwithout mentioning the hundreds of thousands of Iraqis maimed, killed, tortured or made refugees by the U.S. invasion and occupation‚Äîthanked the occupiers for placing them in power. “President” Jalal Talabani termed today “a glorious day,” saying, “While we celebrate this day, we express our thanks and gratitude to our friends in the coalition forces who faced risks and responsibilities and sustained casualties and

damage while helping Iraq to get rid from the ugliest dictatorship and during the joint effort to impose security and stability.”

Meanwhile the Iraqi “Prime Minister” Nouri al Maliki‚Äîclearly living in his Green Zone bubble‚Äîstated: “The national united government succeeded in putting down the sectarian war that was threatening the unity and the sovereignty of Iraq,” adding, “Those who think that Iraqis are unable to defend their country are committing a fatal mistake.” Perhaps Maliki has been hanging out too much by the swimming pools and cabanas in the Green Zone and missed these events:

There was a significant spike in violence before the June 30 withdrawal. More than 250 people were killed in a series of bombings, including one on June 20 that left 81 dead outside a mosque in northern Iraq and another in a Baghdad market on June 24 that killed 78.

As we listen to these proclamations from Iraqi “government” officials praising their fake holiday, let’s remember this fact from veteran journalist Patrick Cockburn, who has covered Iraq more than almost any other Western journalist:

Iraq is the world’s premier kleptomaniac state. According to Transparency International the only countries deemed more crooked than Iraq are Somalia and Myanmar, while Haiti and Afghanistan rank just behind. In contrast to Iraq, which enjoys significant oil revenues, none of these countries have much money to steal.

In a grotesquely symbolic move, the Iraqi government marked “National Sovereignty Day” by “open[ing] up some of its massive oil and gas fields to foreign firms,” according to the Wall Street Journal: “In a televised ceremony, international oil companies were invited to submit bids for six oil and two gas fields, a process that marked their return

to the country over 30 years after Mr. Hussein nationalized the oil sector and expelled the foreign firms. The fields on offer hold about 43 billion of Iraq’s 115 billion barrels of crude reserves ‚Äî among the largest in the world.” Among the companies bidding were the Western oil giants ExxonMobil and BP (which reportedly won a contract on Tuesday). As The New York Times reported, “A total of 8 of the world’s 10 top non-state oil companies are competing for licenses to help develop six oil fields and two natural gas fields.”

While the U.S. has hyped up the “handover” to the Iraqis, it is largely a show. Underscoring that point, the top US military commander in the Iraqi capital, Maj. Gen. Daniel Bolger, handed over the keys to the former Iraqi Defense Ministry to an Iraqi military commander and spoke of how now “Iraqis take the lead in Baghdad.” To keep up appearances, the US military, according to The New York Times, has begun “ordering soldiers to remain in garrison for the next few days to give the Iraqis a chance to demonstrate that they are in control.” Note the phrase “for the next few days.” As for the official ceremonies marking Iraqi “Independence Day,” the Times reports:

The military parade in the Green Zone on Tuesday ‚Äî at the official monument to the unknown soldier ‚Äî was attended primarily by Iraqi reporters and dignitaries. The public could not reach it because of extensive security restricting access to the area.
[…]
Many of the celebrations on Tuesday seemed contrived. Police cars were festooned with plastic flowers, and signs celebrating “independence day”were tied to blast walls and fences around the city. On Monday, night a festive evening celebration in Zahra Park with singers and entertainers drew primarily young men, many of them off-duty police officers.

The Washington Post’s Ernesto Londo√±o, whose report reads like Iraqi “government” propaganda (it begins: “This is no longer America’s war.”), reports:

Anchors on state-run television wore folded Iraqi flags over their shoulders, and the station kept a graphic of a small Iraqi flag waving under the date “6/30” on the top left corner of the screen.

Away from the show, U.S. forces will indeed remain in Iraqi cities to “to train and advise Iraqi forces,” while huge numbers position themselves just outside the cities and could redeploy or strike in moments:

The U.S. hasn’t said how many troops will be in the cities in advisory roles, but the vast majority of the more than 130,000 U.S. forces remaining in the country will be in large bases scattered outside cities.

While a lot of the media hype today focuses on the U.S. “withdrawal,” that is hardly the reality. As previously reported, U.S. military commanders have said they are preparing for an Iraq presence for another 15-20 years, the U.S. embassy is the size of Vatican City, there is no official plan for the withdrawal of contractors and new corporate mercenary contracts are being awarded. The Status of Forces Agreement (SoFA) between the U.S. and Iraq gives the U.S. the right to extend the occupation indefinitely and to continue intervening militarily in Iraq ad infinitum. Article 27 of the SoFA allows the U.S. to undertake military action, “or any other measure,” inside Iraq’s borders “In the event of any external or internal threat or aggression against Iraq.”

As the airwaves and internet are flooded with reports of this new Iraqi sovereignty and U.S. withdrawal, it is important to remember a bit of history. Five years ago‚Äîalmost to the day‚Äî President Bush put on an almost identical show. His proconsul L. Paul Bremer “handed over sovereignty” to the Iraqi government just before he skulked out of Baghdad on a secret flight (right after he issued an order banning Iraq from prosecuting contractors). Despite the pronouncements and proclamations and media hype, the occupation continued and real sovereignty was non-existent.

It is very doubtful that‚Äîdecades from now‚ÄîIraqis will tell their grandchildren about where they were on June 30, 2009, “National Sovereignty Day.” At the end of the day, this is U.S.-style Hallmark hype and will remain so until every last occupation soldier leaves Iraqi soil.